Home / Success Stories / “I Just Wanted to Hide My Teeth”

Angie was told the only way to correct her teeth was through surgery. Her top and bottom teeth did not touch; making her jaw line look pointed. Angie was considering Invisalign in Ottawa, then she was introduced to Dr. Kamel and his painless and non-invasive teeth-straightening system. She was ready to have her confidence skyrocket.

“Since I Was a Teen, I Never Liked My Smile” 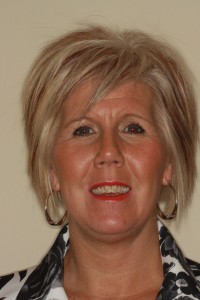 For Angie, mental braces were something she would never consider. Then she come across Ottawa Invisalign dentist Dr. Kamel and her life was forever changed.

I have been in the education profession for over 20 years. I am the principal of a secondary school, a mom of two boys who are 14 and 12 and live in Arnprior. My bottom and top plates didn’t match up. In my late 20’s, I consulted dentists who told me that the only way to solve the problem was to break my jaw, then have it wired closed. That would be followed by having to wear metal braces for a couple of years. Since it was cosmetic, there was no real guarantee that it would work.

“It Was Something That I Really Wanted to Remedy”

My smile made me very self-conscious. To the point where I often held my hand over my mouth whenever I smiled. I never thought that it would be repaired or that there was a reasonable remedy. For years, I thought this is what I have got to live with.

When I was 40 years old, my marriage ended. I found myself back in the dating scene and I realize that my teeth were something that I really wanted to fix. When I came across Invisalign braces, I wanted to try it and soon enough, it made my self-confidence sky rocket.

“Metal Braces, at My Age, Wasn’t Something That I Even Wanted to Consider”

I was introduced to Dr. Kamel about two years ago and he told me there was a solution that could be done without surgery or metal braces. That was when I was in introduced the whole concept of Invisalign braces. I was told that they were invisible braces and that was something that intrigued me.

“It Was a Completely Beautiful Transformation”

Angie’s teeth before (left) and after (right) her Invisalign treatment.

Invisalign braces transformed my mouth. People would comment on my smile, which I found rather fascinating. I received a lot of comments on how beautiful my smile is. It was pretty rewarding because before Invisalign braces, that wouldn’t have happened. Getting clear braces was one of the best decisions I had ever made.

My cousin who is the same age as me visited my office and she was like, “Oh my gosh”. Your teeth look so great. Now she’s thinking of trying Invisalign braces for herself.

I was a little worried about the cost of Invisalign but what really intrigued me about the Invisalign teeth-straightening system was that I was able to do a long term payment plan with Dr. Kamel. A certain amount of it was covered through my benefits and the remainder was put into a payment plan. That was very enticing because if it wasn’t for that plan, I wouldn’t have been able to afford it.

“He Won Me over in about Two Minutes”

Invisalign braces transformed my mouth. People would comment on my smile, which I found rather fascinating. I received a lot of comments on how beautiful my smile is.

I certainly want to thank Dr. Kamel for recommending Invisalign braces and for his persistence. I’m a perfectionist. Every time I would go in, I would say, “Okay. Well, I think this one needs to go maybe a little bit to the left, a little bit to the right.” I have a very keen eye for what my teeth were like, so I have to commend him on his patience and his persistence to make my teeth be as close to perfection as they are now.

“I Absolutely Recommend Dr. Kamel and Invisalign Braces to Everyone”

I didn’t even consult with any other dentist. To be honest it’s because I was treated so kindly and fairly at Dr. Kamel’s office. I love, love, love the staff. When I didn’t have an appointment for a couple of months, I actually missed them. The staff and Dr. Kamel himself, are so real and kind. They are honest and sincere. They feel like my friends. My children also see Dr. Kamel for their regular dentist appointments. I switched them over to him right away.

CALL US OR FILL OUT THE FORM BELOW

We'll get back to you within one business day.

COVID 19: We are OPEN with Enhanced Health & Safety Precautions – Click here to Learn more about what we are doing.