When Sandra damaged her Invisalign® treatment after an accident, Ottawa Invisalign dentist Dr. Kamel and MYsmile came through—with veneers and visits to the ICU. 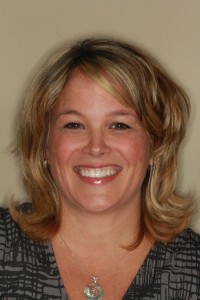 Sandra, showing off her smile thanks to Dr. Kamel’s Invisalign® and veneers.

Sandra—her real name—has always been confident, open, and outgoing. People always complimented her on her smile, and that’s why she wanted to take great care of it.

Sandra had had braces when she was a teenager. She didn’t always like wearing her retainer, and over the years her teeth started to shift back to their old position.

With Invisalign®, you don’t see it. It’s quicker than traditional braces. I could eat and clean my teeth normally. I didn’t have to avoid certain foods. And at my age I just didn’t want to go back to the train tracks.

Having worked in the dental field herself for years, Sandra knew two things: First, she knew the value of a great smile. And she knew that, just entering her 40s, she didn’t want to go back to the teenaged look of traditional braces. “With Invisalign®, you don’t see it. It’s quicker than traditional braces. I could eat and clean my teeth normally. I didn’t have to avoid certain foods. And at my age I just didn’t want to go back to the train tracks.”

Invisalign® ended up as the only decision for Sandra. Not only are they cheaper in the long run, and faster than traditional braces, but the fact that they were imperceptible was a clear win. More mature than a teenager, Sandra wanted a look that was appropriate for her and her lifestyle.

The Invisalign® System: A Picture Tells a Thousand Words

A big part of the Invisalign® treatment is a full, step-by-step 3D model of your teeth. These models show what you look like now, and what you’ll look like at the end of your treatment. For Sandra, who’d given up on wearing the retainer from her teenage years, she says it was a big help.

It’s really nice to be able to say, ‘that’s what I’m going to look like when it’s all done’. It encourages you to keep going.

“It’s really nice to be able to say, ‘that’s what I’m going to look like when it’s all done’. It encourages you to keep going in the treatment because you’ve seen the end result,” Sandra says.

For her, that was enough: Using the computer imagery and 3D models to see what she never could before, it reminded her of the progress she’d lost when she ignored her retainer and motivated her to do it again with Dr. Kamel and Invisalign®.

As Sandra continued with her Invisalign® treatment, tragedy struck. Not only was her dedication to fixing her smile jeopardized, so was her life.

In May of 2012, Sandra was in a motorcycle accident. The damage was severe. She was left in traction. Her four front teeth were broken. She couldn’t get to a mirror, but she could feel the damage.

“When I was in ICU and my teeth were all broken up, I was very conscious of it,” Sandra says.

That exaggerated feeling in her mouth, where everything feels bigger on the tongue, told her how bad her teeth were. “I was in traction on my back for a while. You feel it with your tongue. It’s not pretty.”
“Dr. Kamel came into the hospital and took a mold,” Sandra says. With that mold, Dr. Kamel used composite resin (the same material used in white fillings and dental bonding) to make Sandra’s temporary teeth.

The temporaries were just a single piece. Still, the skill and craftsmanship left an impression on a dental office veteran like Sandra: “They looked fantastic, he did such a great job!”

Once she had recovered enough, Sandra consulted with Dr. Kamel on a permanent solution. Dr. Kamel recommended veneers. “It’s either veneers or crowns,” Sandra says. “With veneers, you keep most of your natural tooth.”

And with veneers being the same price as a crown, Sandra’s choice was clear. “For me, it was a matter of trying to keep as much of my natural tooth structure as possible.”

Sandra’s veneers were a two-step process. First, Sandra came to MYsmile’s office for the prep appointment. Dr. Kamel took more impressions, colouring and shade details, and the structure and feel of the teeth. “He spent a lot of time getting the right colour. There’s shading, there’s translucency. My teeth look really natural, they feel natural.”

These details were sent to the lab, and two weeks later Sandra was back in Dr. Kamel’s office. In one hour, Sandra’s six permanent veneers were cemented into place.

Sandra also jumped at the chance to really perfect her smile with her new veneers. “I was never really happy with the shape of my teeth, I had kind of a bell shaped tooth. Dr. Kamel was able to shape them better.”

Her smile, her words: Sandra’s thoughts on her Invisalign® and veneers.

Sandra before (right) and after (left) her veneers, showing the natural look of her new smile!

So what are Sandra’s final thoughts on her teeth after MYsmile’s Invisalign® and veneers? “It does really boost your confidence. You’re pleased with yourself in the end, you’re confident about it. I was never one to hide my smile, I’m a very outgoing person. But I definitely get very complimented on my smile now—all the time.”

“A lot of people have had veneers or they’ve seen people that have had them, they’re bulky and thick and they look like Chiclets, they don’t look natural, and they can’t believe my teeth are veneers,” she adds.

Would Sandra recommend Dr. Kamel to others?

“People say, ‘I love your smile’ or ‘your teeth are beautiful.’ I’m very pleased to say Dr. Kamel did a great job.”

CALL US OR FILL OUT THE FORM BELOW

We'll get back to you within one business day.

COVID 19: We are OPEN with Enhanced Health & Safety Precautions – Click here to Learn more about what we are doing.